Hawaii is a place known for its beaches and its culture. It’s a place with the largest island chain in the whole world!! Hawaiian beaches are filled with very unusual colors of sands, like: pink, green, black, red but most of the beaches have white sand, and each shore has crystal clear water.

The place known for its beaches, cultural dance (the Hula dance), and pineapples called Hawaii, it got a nickname “aloha state”. Aloha means love in the Hawaiian language.

Hawaii as a honeymoon location

When it comes to honeymoon locations in the United States, Hawaii comes out on top. And with good reason! A honeymoon in Hawaii is practically hard to go wrong, thanks to its beautiful beaches, crystal-clear seas, and Aloha atmosphere.

It’s simple to understand why Hawaii is a favored honeymoon destination. The beaches are pleasant, and the laid-back environment allows you to enjoy your trip in shorts and flip-flops. From the famed Nā Pali Coast to the lush hills of Maui, the beauty of Hawaii is breathtaking.

With five primary Hawaiian islands to select from, each with its personality and attractions, newlyweds must choose one (or two) Hawaiian islands that most closely match their honeymoon goals. Oahu, for example, is a unique combination of metropolis and beach, while Kauai is a natural beauty. Maui is the epitome of luxury, whereas Hawaii (also known as the Big Island) boasts a varied range of beautiful scenic views and few other tourists. Then there’s Lanai, a little island paradise with only one resort that offers the ultimate honeymoon luxury: peace.

70 percent of Kauai’s breathtaking beauty is unreachable by foot; the only way to experience it all is via helicopter. Guests are surrounded by breathtaking scenic views, which include the Nā Pali Coast, Waimea Canyon, Mount Waialeale, and Jurassic Falls.

Boats depart the Kona coast at sunset for an offshore gathering area where hundreds of rays congregate. Manta rays are lured to the area by lights carried by guests, and they put up a display of waving and rolling in search of plankton just inches away from the snorkelers, making it the ideal way to finish a day of sun, sand, and nature.

A magnificent guided trek to observe active lava flows. Guests get within a couple of feet of molten lava, Depending on the current volcanic activity of that day, the trek is around four to five miles long in either direction. The gasses from the volcano are toxic, so pregnant women, babies, and the aged should avoid getting too close.

Tours start at 4 a.m. and go until 9 or 10 p.m., depending on how close the lava is flowing on that particular day.

While sailing, you will be blessed with some picturesque scenery of the rocky Na Pali Coast. This is a fantastic choice for a romantic evening for two, with sheer and jagged cliffs, encounters with acrobatic dolphins and other ocean life, and sunset hues. Dinner and beverages were provided. Boats depart from Ele’ele and sail for almost 4 hours.

Snorkeling with the sharks in the ocean will be a thrilling, maybe life-changing opportunity to get up close and personal with the ocean’s greatest predators and acquire rare insight into their world.

Attendees have to be at least 4 feet tall and capable swimmers to participate. The sessions last two hours and include 30-45 minutes in the water.

Spot a Sunken Ship from within a Submarine (Maui)

The submarines dive to a depth of almost 100 feet and pass by a sunken ship as well as three reefs. This is a terrific way to cool off in the middle of the day, and it’s also a great opportunity for non-swimmers to have a taste of marine life.

At least 36″ in height is required for visitors.

The Hana Highway, which begins in Pa’ia and proceeds east through tropical rainforest, is as pleasant as the road, with waterfalls, bamboo woods, and Polynesia’s greatest ancient lava rock temple. some small roadside huts with food sellers and a bunch of stores about halfway through. You have the option to select your own pace when you drive yourself.

Sea turtles swim ashore to relax at Ho’okipa Beach Park every night after sundown, no matter what time of year it is. Twenty to forty turtles will sleep at once on the east end of the beach, near the ocean, at the bottom of the cliff. People are permitted to swim and snorkel with the turtles as long as they are polite and do not harm them. The most popular activities include kitesurfing, surfing, and windsurfing. This is a great spot to unwind after a day of exploring Hana.

It doesn’t matter if you explore it at a restaurant, a lunch van, or someone’s kitchen; if you’re in Hawaii, you must do as the natives do and order a dish of traditional Hawaiian cuisine.

Poi is a thick paste formed of taro root, and it is a classic & traditional filler starch dish in Hawaiian cuisine.

If we talk about traditional Hawaiian plate, it’s incomplete without laulau. According to tradition, laulau is Pork wrapped in taro leaf.

In today’s Hawaii, you may easily obtain fish, chicken, or pork laulau.

The iconic pig dish termed Kalua Pig is another Hawaiian culinary giant. Cooked in a subterranean oven (known as an imu). Kalua pig is comparable to southern American pulled pork, but it has a fragrant wood smoke taste rather than the tangy barbecue sauce.

Poke is the Hawaiian variant of sashimi, which is a Japanese dish (raw fish). Instead of thinly sliced fish like Japanese sashimi, Hawaiian poke is served in bite-sized juicy pieces. The most frequent fish is ahi (tuna), but a variety of other fresh saltwater fish are also utilized extensively.

To be very frank, Lomi Salmon is not native to Hawaiian cuisine and was influenced by the Pacific Islands. Firstly raw Salmon is chopped and cured along with tomatoes, onions (everything chopped of course), and in most cases with chili paper.

As a result, the dish is now a key element of most traditional Hawaiian feasts and goes well with poi.

Although chicken long rice is not a traditional Hawaiian dish, it has become a fixture at many Hawaiian luaus and banquets. Chicken long rice is made with clear mung bean noodles that have been boiled in a chicken soup. The end product is a thick, slurpy stew with clear noodles, chicken bits, and a gingery taste.

It’s really pleasant and recommended to finish off a fantastic Hawaiian meal with some freshly grown Hawaiian fruit. Because Hawaii’s soil is rich in minerals, the islands of Hawaii were formerly known for their fruit.

Combine and group to your liking, then beat until a Kanak attack occurs (want to go into a food coma).

This was all about the dream location Hawaii. It’s a city with peace, culture, flavor, and cherry on the top you will be in-between nature. It’s a must-visit city and add it to your bucket list, and create an itinerary for the same. 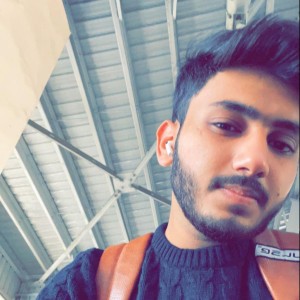 Things You Need At A Home Bar

Places To Visit In Switzerland During Winters

One thought on “Hawaii – The Dream”